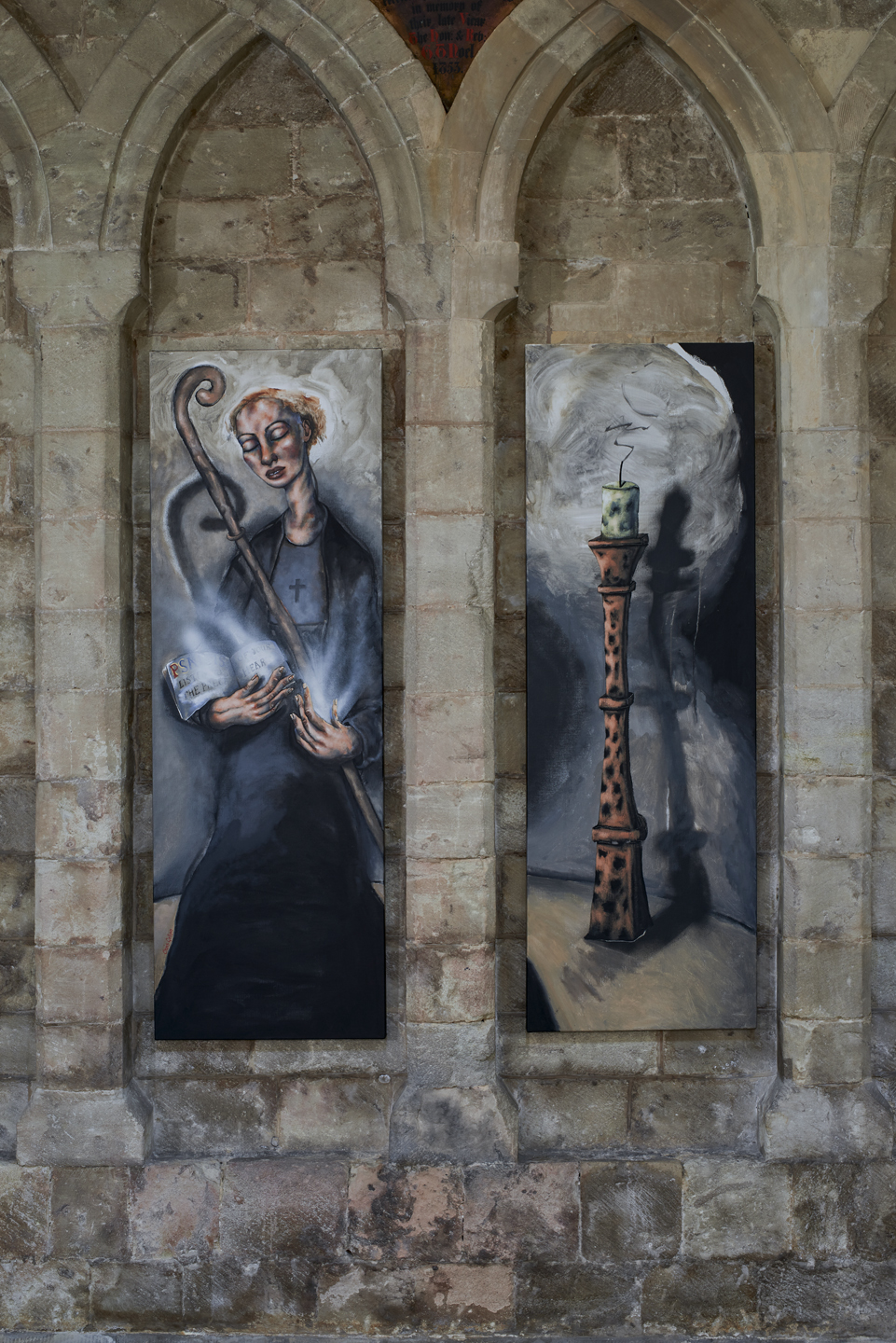 ‘St Ethelflaeda’ by Chris Gollon is a site-specific diptych painted for Romsey Abbey, Hampshire. After being loaned by the artist for 18 months, it was purchased by Romsey Abbey and permanently installed in October 2018. Chris Gollon’s diptych  shows the 10th century Abbess St Ethelflaeda, when—as legend has it—she entered the Abbey a gust of wind blew out her candle; but a Divine light then emanated from her fingers enabling her to carry on her lecture of the Bible. As ‘Incarnation, Mary & Women from the Bible’, Chris Gollon’s national touring exhibition to English Cathedrals, came to Romsey Abbey in October 2016, he was very taken with the various legends of St Ethelflaeda and asked if he might paint her, specifically for an arcade of  bare stone niches in the south nave. Gollon’s diptych painting seems to create a passageway through which St Ethelflaeda re-enters the Abbey from the nunnery. As it was unveiled, there was a strong feeling among onlookers that her physical presence was suddenly felt again in the Abbey. To celebrate the installation, IAP Fine Art (in association with the Abbey) published a 22-page full colour fine art catalogue, featuring texts by Sara Maitland, Mark Byford, Tamsin Pickeral among others. It also features some of the works from Gollon’s national touring exhibition to English Cathedrals (2014-2016), which came to Romsey Abbey. The catalogue can be purchased in the Abbey or here: St Ethelflaeda.

“I’ve really come to love Chris Gollon’s work and the expressive ways that he represents the human form with exaggeration creating a greater realism.” The Very Reverend Catherine Ogle, Dean of Winchester